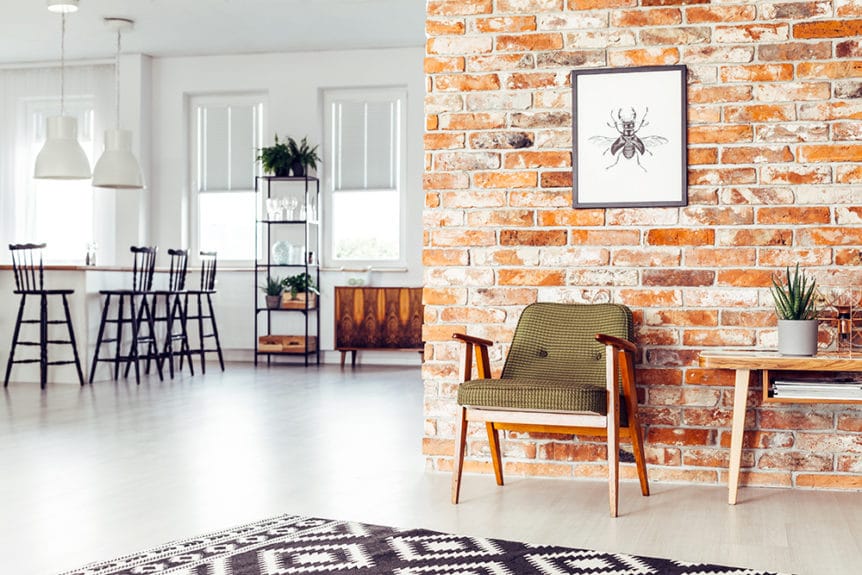 At Ambrico, we love brick, that’s true, but for us it’s because brick is more than just a beautiful, strong, long-lasting building material. Brick is complex, interesting, and has survived hundreds of years of architectural trends and technological advancements. In fact, so you have a chance to appreciate our thin brick even more, we’ve put together 10 interesting facts about thin bricks we’re sure you’ll love.

Did you know, the indentations you often see in bricks are actually known as “frogs?” Of course, no one really knows the reason people call them frogs, or what their actual purpose is, but it’s still a fun fact to say the least.

Before there were thin bricks, there were still bricks, they were simply more primitive looking than the bricks most people are familiar with now. They were still strong, however. In 200 BC, upwards of eight million ancient bricks were used to create the infamous structure the world recognizes today as the Great Wall of China.

Because thin bricks are, well, thinner than your average brick, they weigh a lot less. While a standard brick may weigh up to 4 lbs., an average thin brick only weighs approximately .65 lbs.! That means, whether you’re worried about having adequate space/supports, or shipping cost, thin brick is always the smarter choice.

More Brick For Your Buck

Aside from just weighing less, there are other advantages to thin brick being smaller as well, like being able to get more for less. For instance, did you know that one whole truckload of traditional brick will cover 1,600 sq. ft. of space, but one truckload of thin brick will cover in astounding 9,500 sq. ft. of space? That’s a lot of potential savings!

When we say thin bricks are greener bricks, we’re not talking about their color. At Ambrico specifically, you can find one-of-a-kind greener bricks made from 40-100% recycled material, meaning you can enjoy one of the most popular materials on the market without sacrificing sustainability – which is not something you can find anywhere else.

Impossible To Tell The Difference

If you don’t believe you’ve ever seen thin brick up close before, to see if you can spot the differences between it and full-sized brick, you might be right, or you might have seen it many times before and never even known because the two are practically indistinguishable from one another in every way except depth and weight – which you can’t see or feel on a finished project.

Unlike regular brick, thin brick is exclusively designed to be the most versatile material possible, no added supports or demolition necessary. That means, it can be used nearly anywhere indoors or out, and be installed on almost surface – including drywall!

Have Brick Your Way

Unlike most other building materials, thin brick can be customized based on whatever style or colors you like, you can even customize your our personal look by mixing and matching products for a one-of-a-kind space you couldn’t achieve with any other material.

When tested, thin brick is able to beat out vinyl cement board time and time again, making it one of the most secure sidings a person can choose for their property.

People tend to think that because thin brick are smaller, weigh less, cost less, and are overall easier to work with that they can’t possibly be real brick. However, the truth is, thin brick is as real as any other brick. In fact, thin brick or thick brick, it’s practically all the same since homes are no longer built with brick as a structural component.

So, are you excited to place your order yet? If so, don’t forget to choose Ambrico to be your brick supplier today! Reach out to our brick experts at Ambrico today by calling 866.663.6898 for a free consultation, or simply fill out the form in the sidebar.

We use cookies to ensure that we give you the best experience on our website. If you continue to use this site we will assume that you are happy with it.Ok